Catch up with all the stories and stats from this year's planting season. 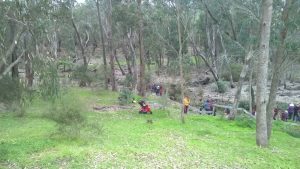 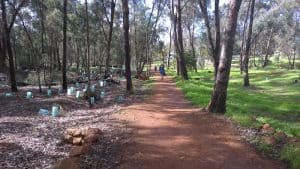 The Friends of Brickwood Reserve is currently meeting on the first Sunday of every month to carry out on-ground work in the bushland, mainly focussing on weed control.

On Sunday 7 August we planted 250 seedlings which had been grown from collected seed in the reserve. 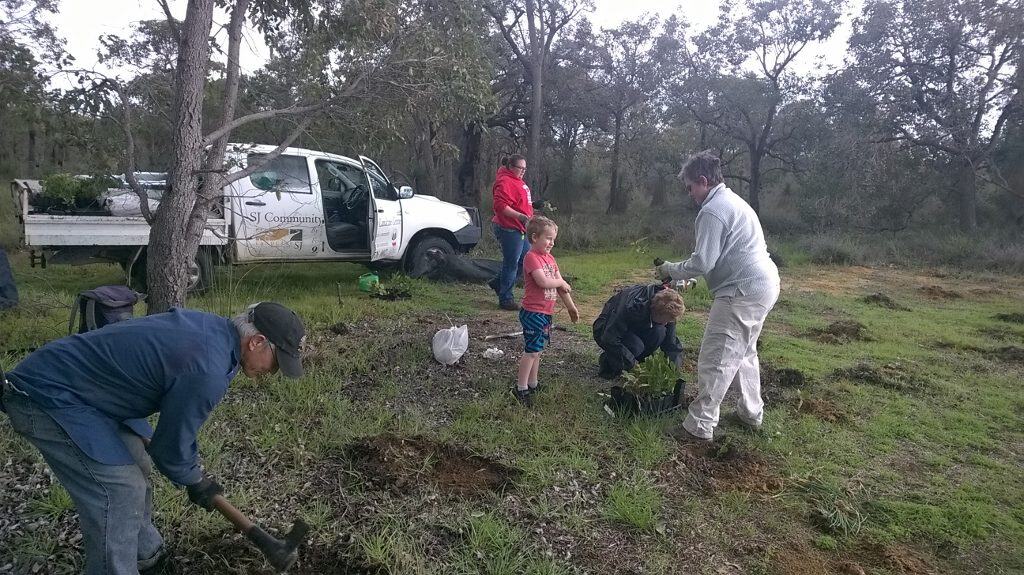 The intention is to form a vegetation buffer between the tee-ball field in the adjacent Briggs Park and the nationally significant bushland.

It is hoped that this will reduce rubbish and weed seed blowing and washing into the reserve. Brickwood Reserve is significant because it contains Federally listed Threatened Ecological Communities. Furthermore the reserve is surrounded by an increasingly urbanised landscape which not only makes it important but also a natural area for the community to enjoy and respect. The following link is to the Draft Management Plan for Brickwood Reserve, on the Shire of Serpentine Jarrahdale’s website http://www.sjshire.wa.gov.au/management-plans/

The Serpentine Primary School children helped with planting 800 seedlings at the Serpentine River ‘Federation Park’. It was a beautiful morning and the kids did a great job with replacing seedlings that didn’t survive from last year and also in the areas where the bike jumps have been removed. 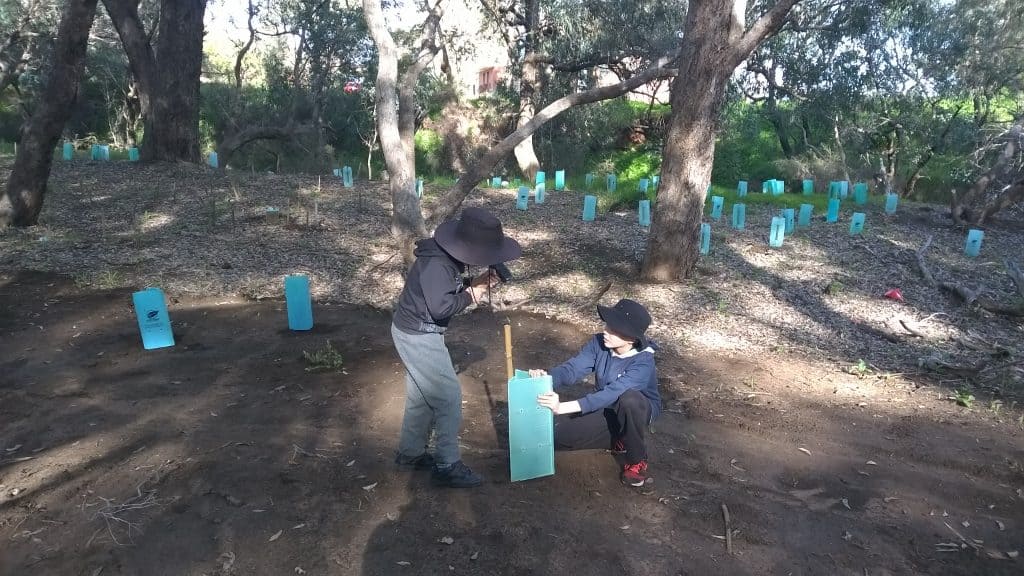 After three years of planting we are starting to see great results with less weeds and lots of growing seedlings. 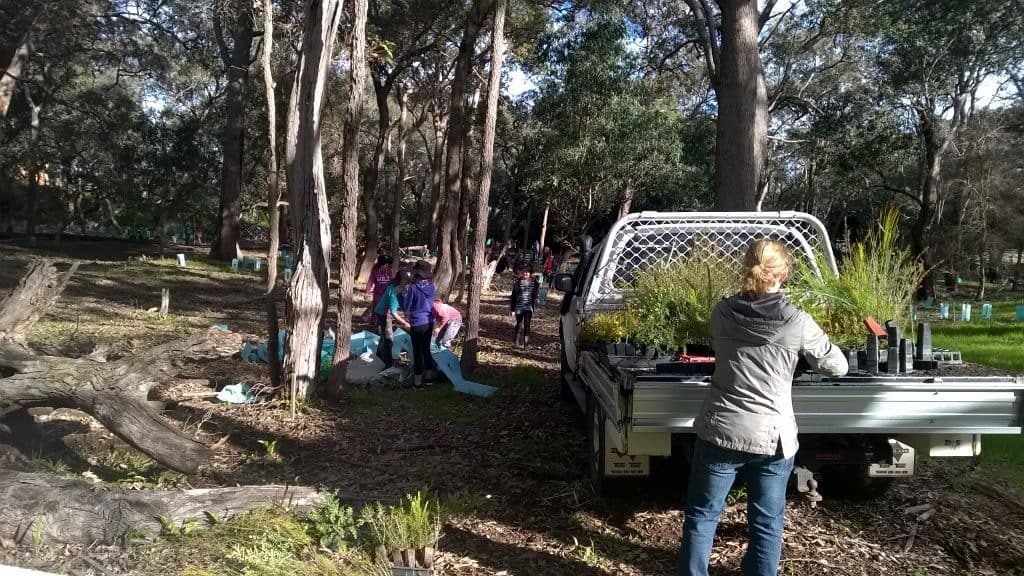 Venerable Pasado from the Bodhinyana Buddhist Monastery is coordinating a revegetation project in conjunction with Landcare SJ’s Healthy Habitats Program. The intention is to turn the 3 dams at the monastery into ‘living wetlands’. 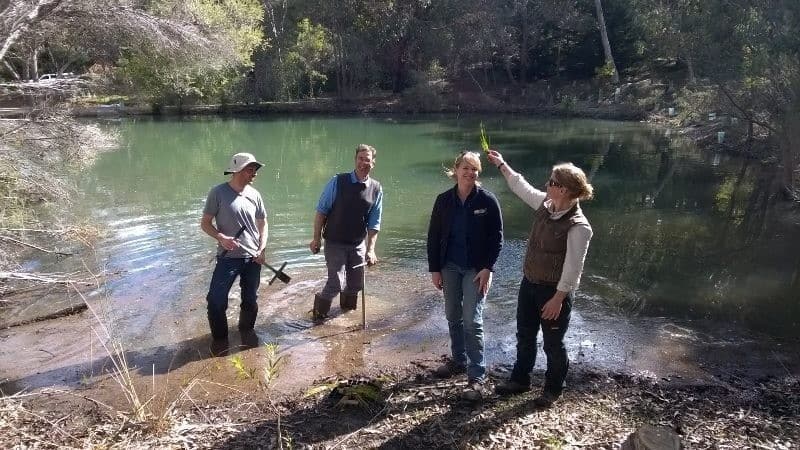 On 25th July several thousand sedges and shrubs were planted, with assistance from Ecojobs (a paid work force based at Green Skills at Murdoch uni). Luke Rogers from the PHCC also came along to help the Landcare SJ staff plant for several hours. 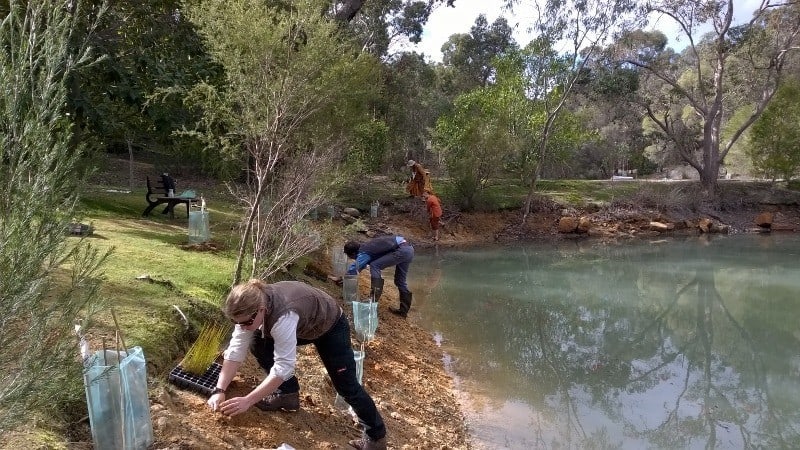 Well done to Venerable Pasado and his helpers with getting the site ready and organising the planting of the seedlings.

Landcare SJ with Byford Enviro Link planted 800 sedges as an ongoing replacement of Typha and other weeds. These have been sprayed for two seasons (this is the third season of planting). The photo point is from 2014 and then again today, same spot – you can see the Typha in the original photo. 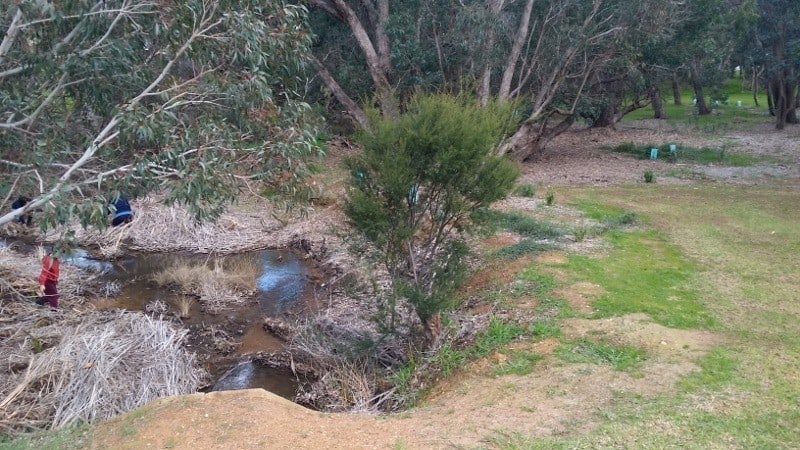 Byford Enviro-Link meets every Friday morning from 8-9 am. 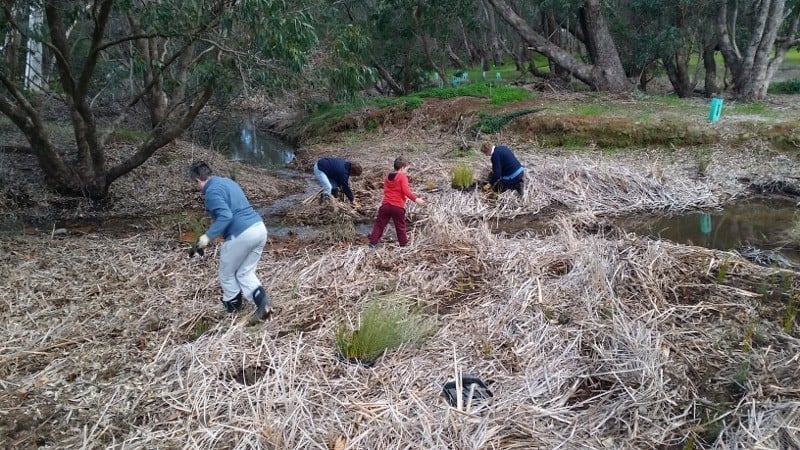 The whole of the North Dandalup Primary School turned out to plant on Thursday 21 July despite the threat of rain. Men of the Trees helped out on the day and also donated 100 seedlings (total of 400 seedlings). Approximately 70% survival rate from last year, this is the second year of planting at the site. The intention is to create a corridor to the North Dandalup river and a buffer along the track. The track is multi-use and adjoining a beef property owned by the Dawkins family. Professor Dawkins donated the sausage sizzle enjoyed by teachers, parents and students afterwards. A Green Army team is operating in the Peel-Harvey region and we have been able to use them at some of our sites.

The success rate of plantings at the reserve is very high – above 90%, largely due to the support of the community, particularly the Buhlmann family who have watered, weeded, sprayed, mowed and tended to the plantings over the last four years.

This is a great case study of Landcare SJ and community engagement in Shire reserves. Photo of today’s planting day at Myara Bk Reserve, and the Green Army team. It is the third year of planting here. There is currently an 80% survival rate, due to the lovely soil and weed control efforts by the local Keysbrook Environment Group. 5000 seedling have been planted, with a further 500 today, and a general tidy-up of the guards ready for more to go in next year.